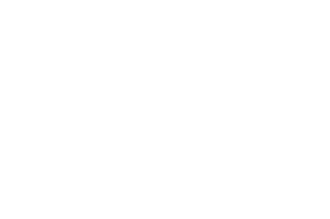 Iceland Noir is a literature festival celebrating darkness in all its forms, held in Reykjavík at the darkest time of year. Founded by internationally bestselling Icelandic authors Ragnar Jónasson and Yrsa Sigurðardóttir, the festival started as a celebration of Crime Fiction in 2013. Although the name has stayed the same, the festival has evolved and grown and we now welcome writers from all genres, and our programme now includes events exploring darkness in film and television through screenings and panels.

What brings everything together is the theme of darkness. . .

Living at the edge of the Arctic Circle, in a country famous for its wild weather, active volcanoes and stunning moon-like landscapes, Icelanders have developed a unique relationship with the darkness that covers the country for much of the year, and in it, found a seemingly endless capacity for creativity.

2022 was our biggest year yet and we were joined by David Walliams, Richard Osman,  Bernardine Evaristo, Paula Hawkins and Ruth Ware as well as actor Ólafur Darri Ólafsson, who curated a film club with AJ Finn that has become a regular feature of the festival.

There is a strong sense of community at the festival which we take great pride in, with events of various sizes hosted across a handful of venues across the city. Many authors and guests return every year, extending their stays to explore the surrounding countryside. In 2022 we managed to persuade the northern lights to appear in spectacular fashion, which we enjoyed from the cosy and welcoming venue Kjarvalsstofa - with its panoramic views of the city. In 2023 main events will be held at the beautiful church Fríkirkjan, which sits next to Reykjavík’s iconic town pond.
THE AUTHORS BEHIND ICELAND NOIR
RAGNAR JÓNASSON   -   YRSA SIGURÐARDÓTTIR 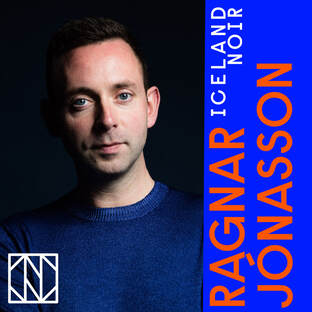 Ragnar Jónasson is an international number one bestselling author who has sold over two million books in thirty-two countries worldwide. Ragnar was born in Reykjavík, and from the age of seventeen has been translating Agatha Christie's novels - he has translated fourteen to date - alongside his own prolific writing, family and job working as a lawyer. Ragnar founded Iceland Noir in 2013 with fellow Reyjavík resident, friend and global bestselling author Yrsa Sigurðardóttir and translator Quentin Bates. He is currently writing a novel with the Icelandic Prime Minister, Katrín Jakobsdóttir, and we are very excited that both his international bestseller The Darkness and his Dark Iceland series are soon to be a major TV series. 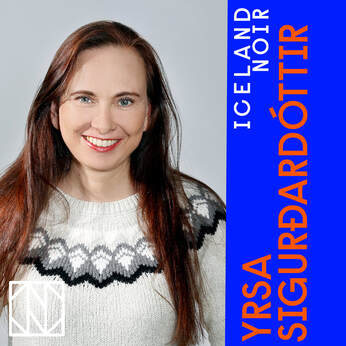 Yrsa Sigurðardóttir is the author of the internationally bestselling Thora Guðmundsdóttir crime series, the Huldar and Freyja series and several stand-alone thrillers. Born and raised in Reykjavík, as well as writing Yrsa works as senior partner in one of the country's largest engineering consultancies, alongside being an author, organiser and co-founder of Iceland Noir with Ragnar. Her work has been translated into more than 30 languages and in 2011, her stand-alone horror novel I Remember You (Ég man þig) was adapted for the big screen, with the resulting film hitting the no. 1 spot in Icelandic ticket sales the year it came out. Yrsa and also collects extremely beautiful shoes, something that previous guests of the festival will be all too familiar with.

Iceland Noir was born in 2013 over a curry in one of Reykjavík’s finer Indian restaurants. Yrsa Sigurðardóttir, Ragnar Jónasson and Quentin Bates were idly wondering why Iceland had never had its own crime fiction festival.

The idea gelled and by the time we all met again Crimefest in Bristol a few weeks later, it seemed we had all been thinking much the same thoughts and Iceland Noir was born on the spot.

We asked Ann Cleeves if she’d appear if we were to go ahead with a small crime fiction festival in Reykjavík later that year. To her immense credit, she didn’t hesitate. She didn’t consult her diary or her publicist, but just said ‘yes’ right away, and from that point on there was no turning back. We had six months to organise it all and plenty of people thought we were either wildly over-ambitious or just nuts.

But it all worked out. The first Iceland Noir took place in the Nordic House in Reykjavík in November 2013 as a one-day event. It was a great success, in spite of being a little rough around the edges, and we learned a lot from it – enough to organise an even better event in 2014.

After Iceland Noir 2014, the scene switched to Lerwick, where Shetland Arts borrowed the date for the excellent Shetland Noir festival in November 2015.

In 2014 we also invited Lilja Sigurðardóttir to the organising team and she added some much-needed energy and ideas to the mix. For the 2016 event, we were joined by expat Kiwi and Reykjavík resident Grant Nicol, who then went back home and is now in the process of organizing Rotorua Noir in NZ.

We have had great help in realizing Iceland Noir in the past from some awesomely talented people including Ulfhildur Dagsdóttir, Markús Már Efraím, Jórunn Jónsdóttir of the All-Iceland travel agency as well as the Reykjavík Unesco City of Literature and Promote Iceland.

Iceland Noir is run mostly without subsidies. This means that it’s funded by those who take part, on the basis that everyone who attends in whatever capacity pays the festival pass fee and we keep the price of this as low as it feasibly can be to cover costs. With the tourist boom in the last years this cost has unfortunately gone up and Reykjavík is now one of the most expensive cities on the planet. We are truly sorry for this but, at the same time we are sure that for crime-fiction aficionados, Iceland Noir is definitely worth it!
​
Our aim in running it is to have a good time with a bunch of like-minded, passionate readers, and to preferably not make a loss, and we’re proud to have achieved those aims.

In 2018 we welcomed award winning crime author Óskar Guðmundsson to the group and with him a fresh breeze of new ideas. In 2020 another award winning author, Eva Björg Ægisdóttir, replaced Lilja on the team, similarly bringing her own innovative ideas into the planning process. Covid-19 forced us to delay the 2020 program but we used the time wisely and managed to throw a spectacular festival in the otherwise unspectacular year of 2021 against the odds. Iceland Noir 2022 was by far our biggest and best festival yet. We will return in 2023.
David